From fentanyl use to vaping to abortion, health issues were in the spotlight during Colorado’s 2022 legislative session. Legislators often debated these topics late into the night. In some cases, opinions didn’t fall neatly along party lines, revealing the complex dynamics at play even during sessions with single-party control.

When the session began on January 12, many hoped that things would feel more normal than the prior two sessions, both of which were interrupted by COVID-19 surges. But it wasn’t always easy to stick to the script. Another highly contagious wave of COVID led to more partisan disagreements over precautions, including whether to wear masks on the House and Senate floors. Election-year politics were further complicated by new legislative district boundaries that posed challenges for some incumbents. Yet work was able to go on for 120 uninterrupted days.

Legislators took advantage of the return to continuity to introduce the most bills since 2018. Nearly eight in 10 of those bills passed by May 11, the session’s final day.

Many measures came with new money attached. Funding provided by the federal American Rescue Plan Act (ARPA), supplemented by strong tax collections, gave lawmakers a rare opportunity to make multimillion-dollar infusions to a slate of programs that have never experienced such a windfall. Although impactful, these funds were unable to address every problem; many options were not on the table since federal rules require that all ARPA money be spent within the next few years. Still, state leaders applauded this once-in-a-generation opportunity to inject resources into important initiatives.

From dedicating more resources to the health care workforce to creating new grant programs and incentivizing value over volume, legislators passed bills to improve systems that keep us healthy.

Though there was no major headline related to health care prices — a departure from recent years — the legislature passed and sent to the governor notable bills focused on curbing costs and increasing consumer protections.

Amid continuing debates over public health measures in response to the pandemic, legislators passed some bills championed by public health advocates while abandoning other efforts.

The state will develop a roadmap for mitigation, adaptation, and resiliency efforts as part of a strengthened commitment to climate preparedness after a year of devastating wildfires and dwindling water resources.

Big changes are ahead in 2023. Term limits and shifts due to redistricting mean that a quarter of the legislature’s 100 seats will be held by different people when work begins again in January. But for now, the work accomplished this session will require plenty of time and energy to implement. 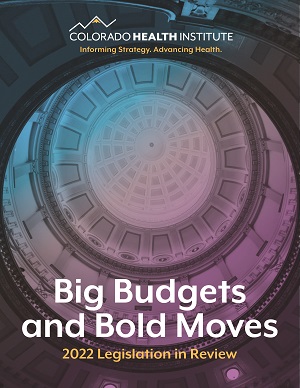 Watch our May Eggheads webinar: Under the Dome

Session by the Numbers 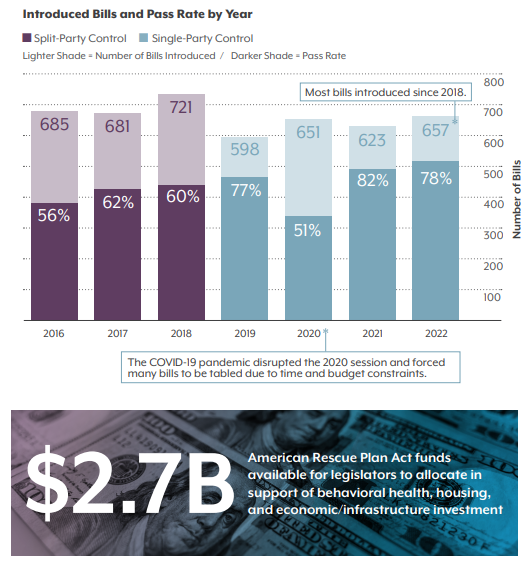 The COVID-19 pandemic changed the state’s financial picture in some unusual ways. First, legislators had billions of dollars more in the budget than normal, thanks to a strong economy and cash infusions from ARPA. Second, the continuing public health emergency has resulted in major growth in the Medicaid budget. And unrelated to COVID-19, the state must refund money to taxpayers because the budget has grown more quickly than the state constitution allows.

A Year of Plenty

Colorado’s economic recovery brought rapid growth in tax revenues. The General Fund — the portion of the budget over which legislators have the most control — grew nearly 13% in the past year, to $13.8 billion.

Separate from that pot of money, legislators decided how to use $3.8 billion in ARPA funds. It was a complicated task, because the money was a one-time infusion that must be spent by 2026 at the latest, making it unwise to start new ongoing programs or hire many new people.

Table 1 lists the bills that use ARPA money. Big-ticket topics from the session include:

Medicaid and the General Fund

The General Fund for 2022-23 grew by nearly $1.5 billion from the previous year. Some $1 billion of that growth was in Medicaid. That’s because a federal rule requires states to keep their Medicaid members enrolled during the public health emergency, which is still in effect as of June 2022, even if their eligibility for the program has since changed. Colorado’s Medicaid membership in March was about 1.6 million people, almost a third more than the pre-pandemic membership.

The Taxpayer’s Bill of Rights (TABOR) requires tax refunds when state revenue grows faster than a formula keyed to inflation and population growth. TABOR refunds have not been a major factor most of the past decade, but they are back in a big way. Legislative economists predict the state will have to refund $2 billion from the current year’s budget, which ends June 30.

However, school funding in 2022-23 will be $320 million below the target that Colorado voters have set for education. As of June 2021, nearly two-thirds of Colorado school districts (114) were on a four-day week to save money. The combination of TABOR refunds and ongoing school deficits will likely reignite the debate that Colorado has been having about the amendment on and off since it passed in 1992. 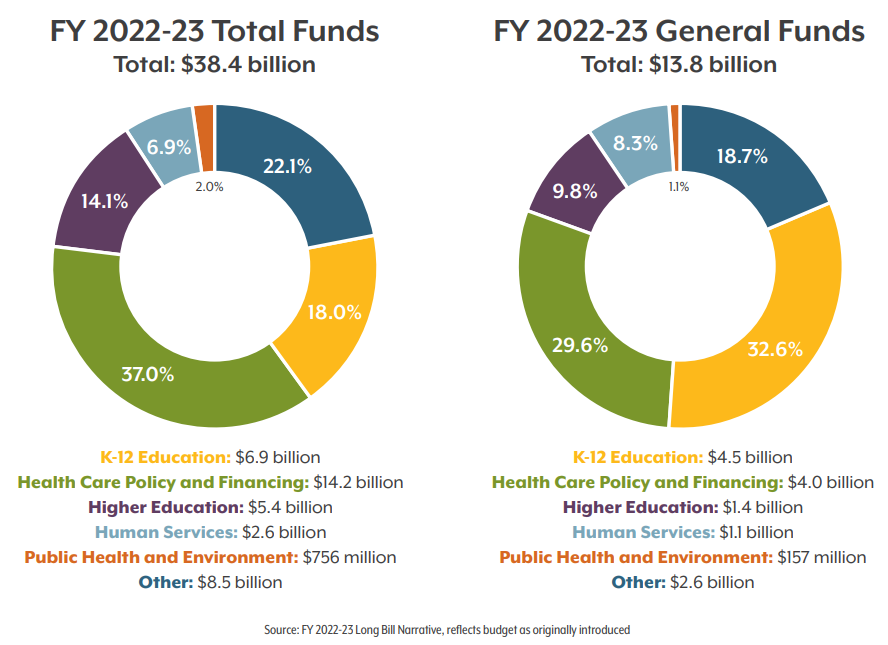 Colorado’s 2022 legislative session was unique in many ways. Legislators usually don’t have enough money on hand to fund many of their priorities even in the best of years. But this year, they were flush with cash because of a strong economy and federal stimulus funding.

It was the first session in three years that didn’t have an extended interruption from a COVID-19 surge. And it saw Democrats — who have more political power in Colorado than they have enjoyed since the 1930s — working to prepare for an important election in November, with the governorship and control of the legislature on the line.

Nationally, polls show that Democrats can expect to take losses in the election. This is typical for a president’s party in the first election after inauguration. If Colorado Democrats can hold onto their majorities, it will cement the state’s conversion from a purple state to a solidly blue outpost in the Mountain West.

We extend our thanks to CHI's legislative monitors, Jennifer Miles, Katie Pachan Jacobson, and others at Frontline Public Affairs, for another session of helpful information and insights.